A couple of months ago, I decided I needed a new challenge. In the space of an hour or so, tossing and turning, unable to get to sleep, I came up with "Le Cycle-Tour de France".

The route below is just under 3700km including a couple of short transfer rides.  Each day I will replicate a past stage from an actual Tour de France, or, in three cases, a future stage!  Many complete maps are available online, and I've been having fun digging up details on the pre-internet races.  I've picked stages from 12 different Tours, and achieved a near-continuous route briefly touching both the Atlantic and Mediterranean.  Voilà... 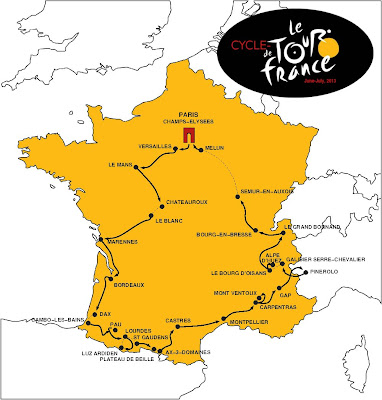 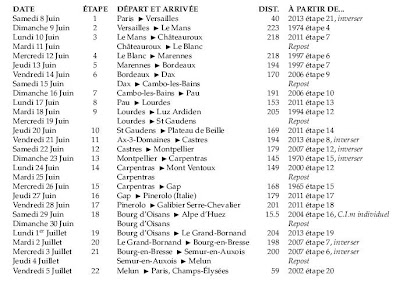 The planning has been fun...


... and I'm slowly but surely accumulating what little gear I'll be taking with me.

The route above includes five stages in the Pyrénées, taking in many of the classic climbs, including Col d'Aubisque, Col du Soulor, Col de Peyresourde, Luz Ardiden, Plateau de Beille, Port de Pailhères, Col d'Aspin, Ax-3-Domaines, and the grand-daddy, and most-climbed "hill" in the history of the Tour de France, the Col du Tourmalet (assuming it's not covered in snow...).

I'll be replicating the 2000 Ventoux stage where Armstrong and Pantani duked it out, though I won't be fuelled by anything more illicit than caffeine.

A brief visit to Italy marks the first of five Alps stages, which include an ITT up Alpe d'Huez.  Along with stages 9 and 14, this will be one day I can ride with no gear at all.  Notable climbs in the alps include Sestrieres, Col d'Izoard, Col de la Madeleine, Col du Glandon, Col Agnel, Col de la Croix-Fry, Col de la Colombiere, and the behemoth Galibier, which is a 2000-odd-metre climb.

Apart from the official site and cyclingnews.com, tourfacts.dk and CyclingFever have been really useful, with the odd bit of wikipedia thrown in.  I've also picked Ollie Whalley's brain about gear. 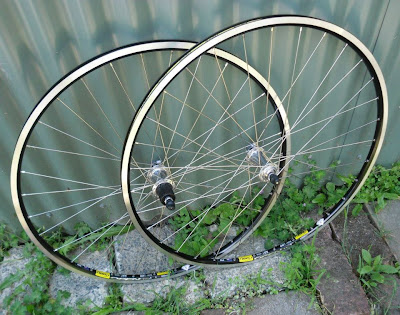 Bike prep will be safe in Oli's hands, while rider prep will be more the domain of Simon Kennett.  He's taught me pretty much all I know about myself as a rider, though more recently he's been delegating a bit of the working-over to Dave Sharpe and the Wednesday Worlds bunch.  It's all having an effect, and I've now got six years of some good hard riding under my belt.  I'm pretty sure I've never been as strong as I am now, but you can rest assured I won't be resting on my laurels.  With Simon's help, I'll fashion a schedule for the next six months to make covering that distance and getting over all those massive climbs an achievable goal.

In the meantime, I'll be trying to find out as much as I can about the stages I'm replicating, not to mention honing my writing skills.  The fruits of which can now be found at www.sifter.org.nz, thanks to my lovely brother!

Merry Christmas y'all.  I gave myself one hell of a trip away.
Posted by sifter at 12:01 AM