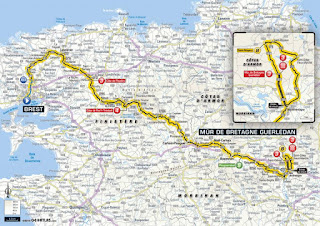 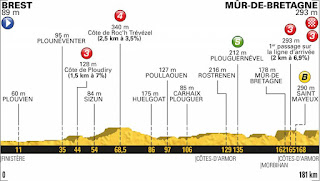 Jonathan had booked us all into an amazing hotel overnight, and while my bed wasn't huge, the fireplace in the dining room, and the dining room itself, certainly were! 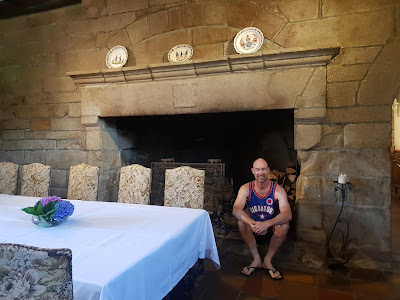 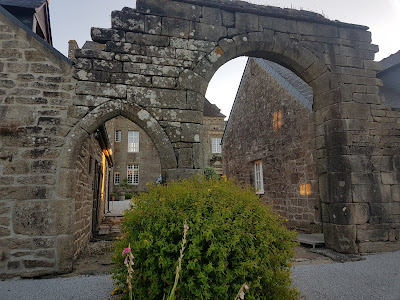 ... but true to form, we got away from the hotel just before 0800, and with a bit of fiddling with bikes (and camera angles), we rolled out at 9am.  It took a wee while to get out of the city, slowed somewhat by a fair bit of smashed glass and an awkward route.

Our first lunch food stop was after 60km mark, which we knocked out in a bit over 2 hours.  While we were eating, the women rode by with a massive peloton.  It's great to see that people are engaging with their cause.  I wouldn't be surprised if we ride with them a bit more in the mountains.   We're definitely moving faster than them on this flatter terrain, despite their numbers.

Before the second stop, we passed by four statues of tour winners on bikes.  I could resist taking a selfie with one of them...


Our second stop was at the 140km mark, and as usual, Jonathan, Julie, Roger and today, Cam, had set out a great feed for us.  It was a nice surprise to find Matty suited up - he hadn't yet ridden with us. 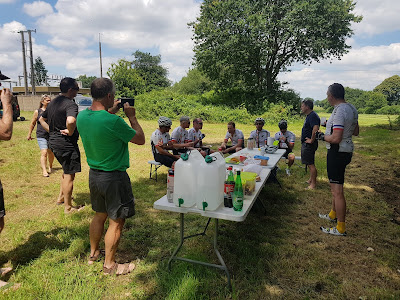 We had headwinds to contend with for much of the day, but while we ensured decent progress, we definitely eased back a bit, with a tough day behind us, and the longest (distance-wise) stage of the tour tomorrow.

On a couple of short inclines, I gave Aaron a bit of a helping hand, which seemed like a much better use of my strength than beating him to the top of the hills.  It was interesting to note how much it helped, not only on the climbs themselves, but also on the roads that immediately followed - it really goes to show how small gains can make big differences in cycling.

I was looking forward to the stage finale, which was a couple of ascents of the Mur de Bretagne - the "wall of Brittany", the first climb of our Tour that I knew of.

After passing through the town of the same name, a short descent took us to the base of the climb, and it did indeed look like a wall.  The road was closed, and there were many pedestrians and cyclists making good use of it.  The adjacent paddocks were full of campervans - the peloton passing twice gives them a unique perspective tomorrow. 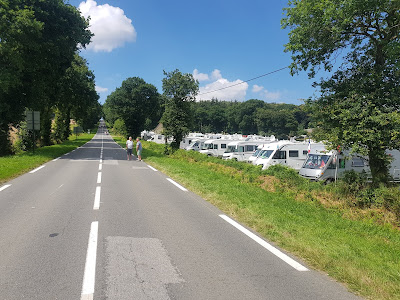 Our bunch had splintered by this stage, and I rode pretty hard behind Stu and Steven, only to let go of them near the top.  I chased back to them on the first part of the descent, but a bee had made its way into my shirt, and I decided I'd better get rid of it before I got stung.  Once they were gone, I realised it was a nice opportunity to cruise to the finish.   Bruce came flying past, and for a minute or so, I forgot about my plan, but then came to, and left him to it.

The second ascent was as lovely as the first, just a bit slower.  The crowds were lovely, and I reached the top just as Stu and Steven had finished up an interview with UCI TV.  It turned out they only wanted amateur predictions of tomorrow's stage winner, rather than to hear about our cool project.

Not long after, we'd all ridden back down the way we came up, and were sitting in the van with fullish bellies, and making the long drive to Rennes, within striking distance of tomorrow's stage start in Fougeres.

Our ride was 192km in 7h45 elapsed, with an average moving speed of 27.2km/h.  We scaled one Cat.4 and three Cat.3 climbs (two, I suppose, but one twice).  In doing so, we've brought our total up to 1050km for the first six days of the Tour.  I've had a gigantic dinner, so am looking forward to a good day tomorrow.

This blog describes a fundraising project for the Mental Health Foundation of New Zealand.
To make a donation, visit https://events.mentalhealth.org.nz/fundraisers/sifter.  Any contribution, big or small is greatly appreciated, and will be put to good use by the fine folk at MHF.
Posted by sifter at 7:57 AM