After a night in Pinerolo, the 2011 peloton raced back into France, and I'd follow in their tyre prints.  The stage profile was intriguing, with a long climb starting at about 300m above sea level, and topping out at 2744m some 75km later!

The mornings had been a bit hit and miss, but I was very organised, and got away by 0740.  I had made the mistake of having an Italian croissant at breakfast, mind you!!!

The early kilometres did seem to tick by quickly. 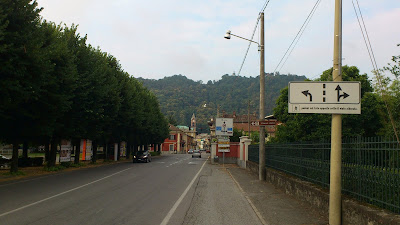 Both my mind and legs were whirring, and I found myself getting quite emotional.  I began thinking about going back home and how on earth I was going to manage.  The riding had been so easy, mood-wise.  I'd had no problem at all to keep going, and there had been no sign of Black Dog.  Just general physical weariness, as you'd expect with the daily milage, but also, plenty of high mood.

I worried about how to manage without these beautiful surroundings and without the constant physical challenge, and with my usual obligations and pressures.  I thought a lot about my friends and family.  I was looking forward to seeing them all, especially my wonderful daughter, but I wasn't missing them in the usual, painful sense.

I noted how incredibly free I felt.  Facebook and daily phonecalls with my parents, Kaitlyn or Sarah helped mitigate the distance back to NZ, and did mimic a lot of the regular contact I have with them all anyway.  And, maybe the sheer amazingness of my stable mood was countering a lot of natural sadness at being away from everyone.  "WHO KNOWS?!?!?!" I wrote in my diary (in caps)!

After my shenanigans in Revel on the 21st, I was looking forward to Revello, figuring it was much easier to obscure an O than make an L. 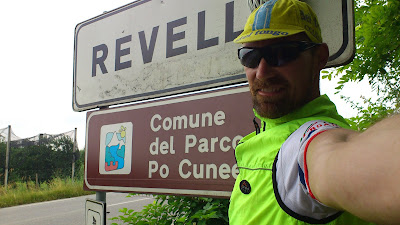 Stopped soon after Revello (I wrote “Revell” in diary!) for takeaway pizza and pastries and a coffee - not a bad morning tea!  The neighbour of the coffee shop I stopped at, a butcher I think, was very enamoured with my Colnago bike!  I was surprised at my rate of progress – perhaps lost in thought,  and also entertained by the differences in French and Italian surroundings.  There sure were a lot of stonemasons near Pinerolo.


After about 3 hours' riding, I made the turn into the valley which I'd follow up to the Colle dell’Agnello. 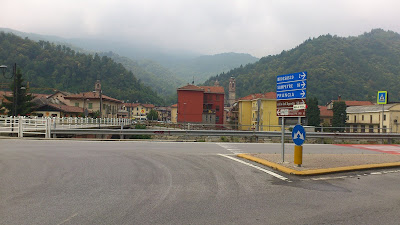 I'd begun climbing already, but it would slowly but surely ratchet up all the way to the summit.  At Sampyre was an artificial lake collecting a bit of gravity induced electricity. 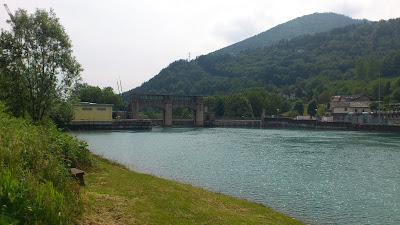 At the village, I stopped for fruit and chatted with a charming Italian woman who had roped in daughter as translator.  As I leave, they say I’m welcome to stay with them next time “We are always here.”  I got the distinct impression the signora didn't want me to leave at all!!!! 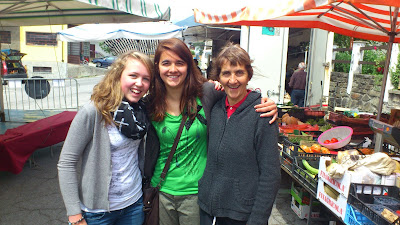 Following the river up was lovely, and parts reminded me of home. 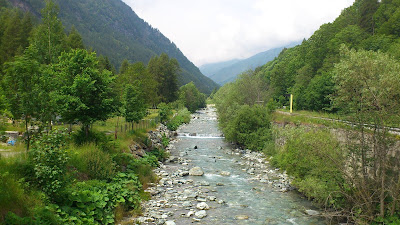 There was a short steep climb up to Casteldelfino, by which time I was ready for a lunch stop.   Befitting my location, I was treated to some beautiful home-made pasta with tomato sauce and parmesan.  Followed by carrot cake!  Washed down with an espresso, here “Kaffee Italiano” (she said with a smile)! 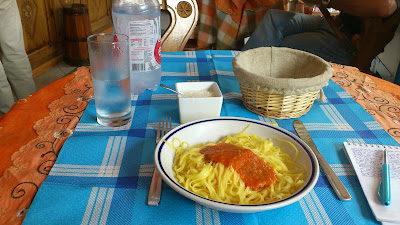 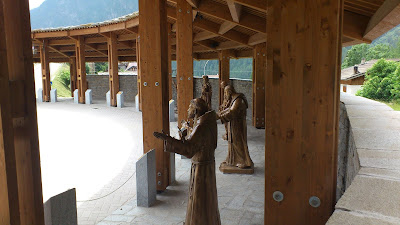 There was another artificial lake further up the valley, and soon after all hell broke loose.

The top part of the climb was absolutely stunning, but it was very steep in places.  I felt really good on a 14% section, so must have lost weight or got stronger, or both!  I kept seeing strange furry creatures, possibly marmots. 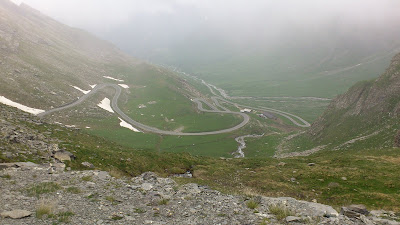 Near the top, I passed an old guy with a backpack, and I think we both appreciated stopping for a natter.  I was beginning to notice the altitude - not while I was riding particularly, but certainly when I got going again after a photo stop. 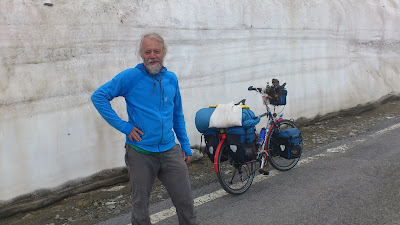 The scenery was absolutely stunning, but it came with a price, and it got really cold near the Col.  I'd had a tail wind up the valley, but the wind from France was dominant at the top.

I cowered behind a campervan to get suited up, and pretty much went the whole hog: knee warmers and overtrou, rain shell, Mont Bell synthetic down jacket, hood, beanie, vest.   And I was still fucking freezing.

I forced myself to photograph the cool stone marking the border, and then got out of there!  I certainly had no inclination to ham it up with my passport this time! 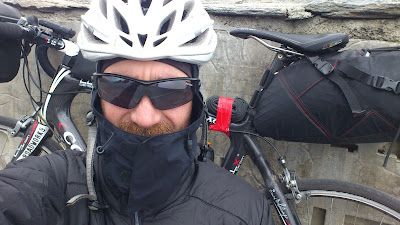 As befits a 2400m climb, there was a long descent ahead of me, and despite all my clothing, I still got very cold.


There were lovely long stretches, and most of the time there was no need to be anywhere near the brakes.  The descent took me straight to the Col d’Izoard turnoff, and I stopped there to get my gear off and repack.  It's a bloody slow process getting cold going over Cols!

The Col d’Izoard is a 1000m climb over 14km.  About 3km in, I stopped for a coke and a bit of food.  My legs were tired but were still ticking over well. 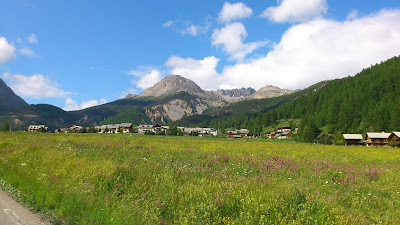 The Casse Déserte was an incredible sight with a couple of kilometres to go, and a short descent gave some respite from the climbing effort.

A couple of roadies at the Coppi and Bobet memorials were as pleased to see me as I was to see them, and we duly took photos for one another. 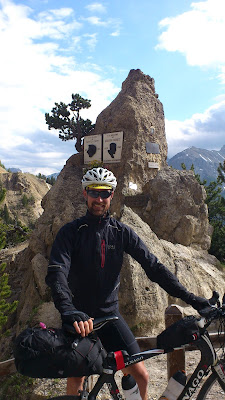 I stopped very briefly to take a few photos over the top, and didn’t bother with hood or knee warmers or Mont Bell jacket.

The first part of the descent was very tight with short straights between corners.  The bottom opened up and was very nice.

The day had marched on, and it was 7pm by this stage.  The sun had gone off roads and it was getting colder.  It was also very grey up valley to the Col de Lautaret, so at Briançon I decided to pull pin on the last 40km of the stage.

I had a coffee and hot chocolate at McDonalds, and used their WiFi to organise a room. As it turned out, the person who checked me in had lived in Taupo for 3 months!

I'd arranged to meet ex-pat Wellingtonian, Silas Cullen, in three days time, so after running through the various options, decided to spend two nights in Briançon.  I extended my stay on the way on to dinner.  The 2013 Tour de France was starting the next day in Corsica, so if nothing else, my plan was to fire up the TV and enjoy someone else riding for a change!!!